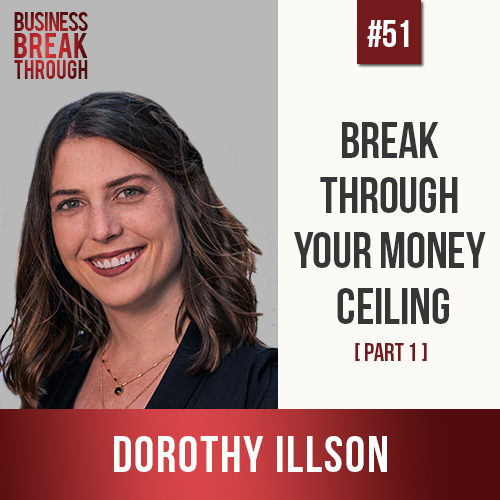 Dorothy Illson was all set for her dream job as an accountant at PwC, when two weeks after graduation, she called them up and informed them that she would not be coming. Instead, she opened up her marketing agency, Needle’s Eye Media, at the age of 25, growing it to multiple six figures in the first year of business.
In this episode, Dorothy gives away all the secrets of how to build and run a successful online funnel for webinars, as well as explaining the ins and outs of retargeting campaigns. She also shares her struggle of combining her podcast- Do Well and Do Good with her agency, Needle’s Eye Media, to create a cohesive and memorable personal brand.

Dorothy began her career as the 3rd employee at a startup in the meal subscription space which grew from $0 to $6M in annual revenue over the next 3.5 years, giving Dorothy a crash course in what it looks like to successfully scale a business. After that, Dorothy struck out on her own to help entrepreneurs succeed with Digital Marketing, eventually focusing her efforts on paid traffic and founding Needle’s Eye Media at just 25 years old. Needle’s Eye Media became a multiple 6-figure business in its first year and has continued to grow from there.

Dorothy is also the host of Do Well & Do Good, a podcast that helps people bust through their limiting beliefs about money and shows that creating abundance in your own life allows you to do so much more to give back and make a massive impact.

Studied Finance and Accounting in college and planned to become an accountant at one of the big four accounting firms.
Was introduced to personal development during her senior year of college which made her realize that a career in accounting would give financial success but wouldn’t make her happy.
Had already done an internship and accepted a job offer at PwC (Price Waterhouse Coopers), but two weeks before she informed them that she would not be coming.
Moved to Chicago where she met the co-founder of a start-up’s wife. She got a job at the start-up, eventually becoming addicted to the culture of building something new.
Was taken under the wing of her boss who became her mentor and coach. When he left, she started her own business at the age of 25.
Opened her marketing agency, Needle’s Eye Media, and grew it to $6 million in the first three years of business, almost entirely off the back of Facebook Ads.

Part 2 of this episode, where you can see step-by-step instructions on how to build online funnels, plus Dorothy’s struggle and breakthrough, will be live this Thursday 28th February at estierand.com/51-2